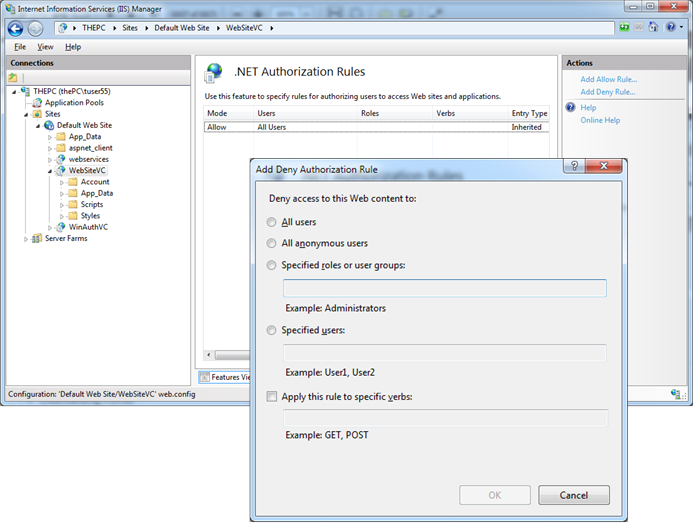 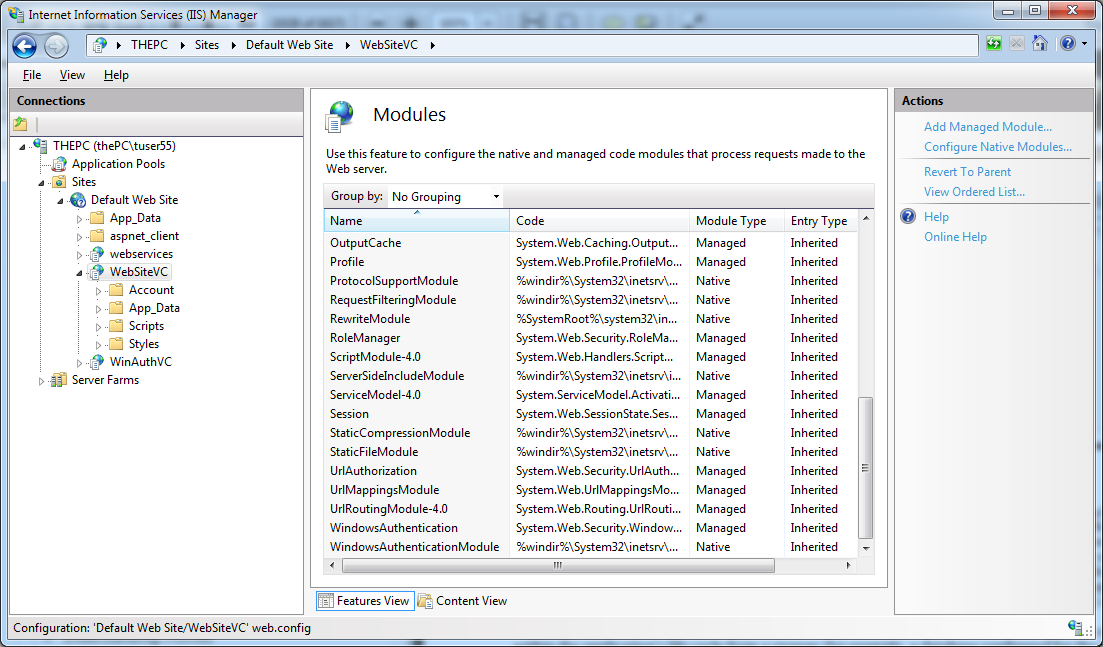 The native and the managed URL authorization modules

1. You can use IIS 7.x UrlAuthorizationModule.dll independently from ASP.NET. When you install IIS 7.x on a machine without installing ASP.NET in the web server, you could use URL-based authorization through the native module.

The reason for that is because the roles are extracted by the ASP.NET infrastructure at a certain stage within the application’s life cycle from a database configured for the roles provider. Role information is then encapsulated in managed objects implementing the IPrincipal interface, and therefore stored in pure, managed .NET objects that are not accessible to native modules of IIS 7.x. Therefore, native modules of IIS 7.x such as the UrlAuthorizationModule cannot make use of this information. As a result, you cannot configure any ASP.NET-based roles in conjunction with the native IIS 7.x URL authorization module within the <authorization> configuration of the <system.webServer> section. In reality, that means you can use only Windows Roles principal names when using the native UrlAuthorizationModule shipping with IIS 7.x.

4. Role-based authorization is one of the few exceptions where you still have to keep IIS-based and ASP.NET-based configuration in mind separately.