On this page you will find a comprehensive list of our recommended ASP.NET, C#, MVC, AJAX, VB.NET, Silverlight and SQL Server titles. A great place to start learning .NET or mastering your Web programming knowledge!

C# in Depth, Fourth Edition is your key to unlocking the powerful new features added to the language in C# 5, 6, and 7. Following the expert guidance of C# legend Jon Skeet, you’ll master asynchronous functions, expression-bodied members, interpolated strings, tuples, and much more.

This latest edition uses the popular Visual Studio Code editor to work across all major operating systems. It is fully updated and expanded with new chapters on Content Management Systems (CMS) and machine learning with ML.NET.

As one of the best ASP.NET books it covers all the topics you need. Part 1 teaches the fundamentals of C#, including object-oriented programming, and new C# 8.0 features such as nullable reference types, simplified switch pattern matching, and default interface methods. Part 2 covers the .NET Standard APIs, such as managing and querying data, monitoring and improving performance, working with the filesystem, async streams, serialization, and encryption. Part 3 provides examples of cross-platform applications you can build and deploy, such as web apps using ASP.NET Core or mobile apps using Xamarin.Forms. It introduces three technologies for building Windows desktop applications including Windows Forms, Windows Presentation Foundation (WPF), and Universal Windows Platform (UWP) apps, as well as web applications, web services, and mobile apps…

Learning full stack development calls for knowledge of both frontend and backend web development. By covering the impressive capabilities of ASP.NET Core 3.1 and Angular 9, right from project setup through to the deployment phase, this reading will help you to develop your skills effectively.

It will get you started with using the .NET Core framework and Web API Controllers to implement API calls and server-side routing in the backend. Next, you will learn to build a data model with Entity Framework Core and configure it using either a local SQL Server instance or cloud-based data stores such as Microsoft Azure. It will also help you handle user input with Angular reactive forms and frontend and backend validators for maximum effect. You will later explore the advanced debugging and unit testing features provided by xUnit.net (.NET Core) and Jasmine, as well as Karma for Angular. Finally, you will implement various authentication and authorization techniques with the ASP.NET Core Identity system and the new IdentityServer, as well as deploy your apps on Windows and Linux servers using IIS, Kestrel, and Nginx.

By the end of this reading, you will be equipped with the skills you need to create efficient web applications using ASP.NET Core and Angular…. 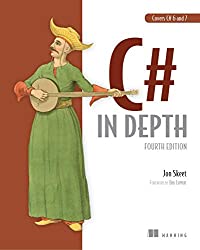 C# in Depth, Fourth Edition is your key to unlocking the powerful new features added to the language in C# 5, 6, and 7. Following the expert guidance of C# legend Jon Skeet, you’ll master asynchronous functions, expression-bodied members, interpolated strings, tuples, and much more.

Purchase of the print book includes a free eBook in PDF, Kindle, and ePub formats from Manning Publications.

C# in Depth, updates the best-selling second edition to cover the features of C# 5, including the challenges of writing maintainable asynchronous code. It preserves the uniquely insightful look into the tricky areas and dusty corners of C# that only expert Jon Skeet can provide. If you’re a .NET developer, you’ll use C# whether you’re building an advanced enterprise application or just slamming out a quick app. In C# 5, you can do amazing things with generics, lambda expressions, dynamic typing, LINQ, iterator blocks, and other features. But first you have to learn it in depth. C# in Depth, Third Edition has been thoroughly revised to cover the features of C# 5, including the subtleties of writing maintainable asynchronous code. You’ll see the power of C# in action, learning how to work with high-value features that you’ll be glad to have in your toolkit. And you’ll learn to avoid hidden pitfalls of C# programming with the help of crystal clear explanations of “behind the scenes” issues. It assumes you’ve digested your first C# book and are hungry for more. What’s Inside: Comprehensive coverage of C# 6 and 7; Greatest hits of C# 2–5; Extended pass-by-reference functionality; String interpolation; Composition with tuples; Decomposition and pattern matching… 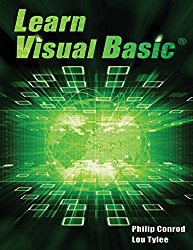 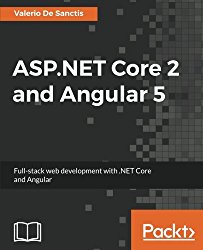